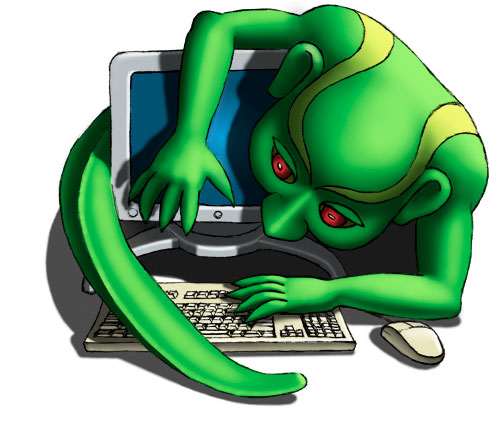 Carol Berry, Computer Virus. Digital, ©2000.
It was never my plan to take a break from posting to this blog, but it seems that is what I did after all. Besides relaxing and spending lots of nice time with my family, since Christmas I have been busy selecting, buying and setting up my new Mac computer.
I’ve had Macs since 1992, in fact my graphic design career was shaped by the computer skills I learned on Macs. I have owned and worked on the PC, but I have always earned the majority of my income on the Mac. When my current computer was just over 2 years old, I started planning to buy my next one.

This March I moved into my new Mac Pro 6-Core tower, with its two awesome 2TB hard drives and its 12GBs of RAM. Since January I have been living in geek heaven, deciding on which new model to buy and which peripherals would need upgrading. I have to boast about the specs of the new computer, cause I am a real geek but in reality this thing is so much faster than my 2.5 year old Mac tower, it is a real speed demon.
Here is more geek speak, skip ahead if you don’t have any interest! I also ended up buying an extra 2TB internal hard drive for my TimeMachine backups as well as a matched pair of LaCie 2TB external hard drives for my SuperDuper! backups (I swop them every week, moving one offsite). I even had to buy a more powerful UPS (battery backup) because my current one is five years old and isn’t strong enough to run the new computer.
For the best possible solution for my computer needs, I chose to install the new tower from scratch, forgoing Apple’s easy Migration Assistant. It has been a lot of fun, although time consuming installing softwares and transferring data. The extra care paid off, the final move was seamless.
I did the illustration above a long while ago. I scanned my pencil linear and painted the colour in Photoshop. It was great to be paid while doing it, as the piece was for self promotion piece for my employer at that time, not my current one. Lots of fun and I was happy how it turned out.
And now it is almost summer, I want to get outside painting again, it is time for a different kind of fun!

2 thoughts on “Time keeps marching on” 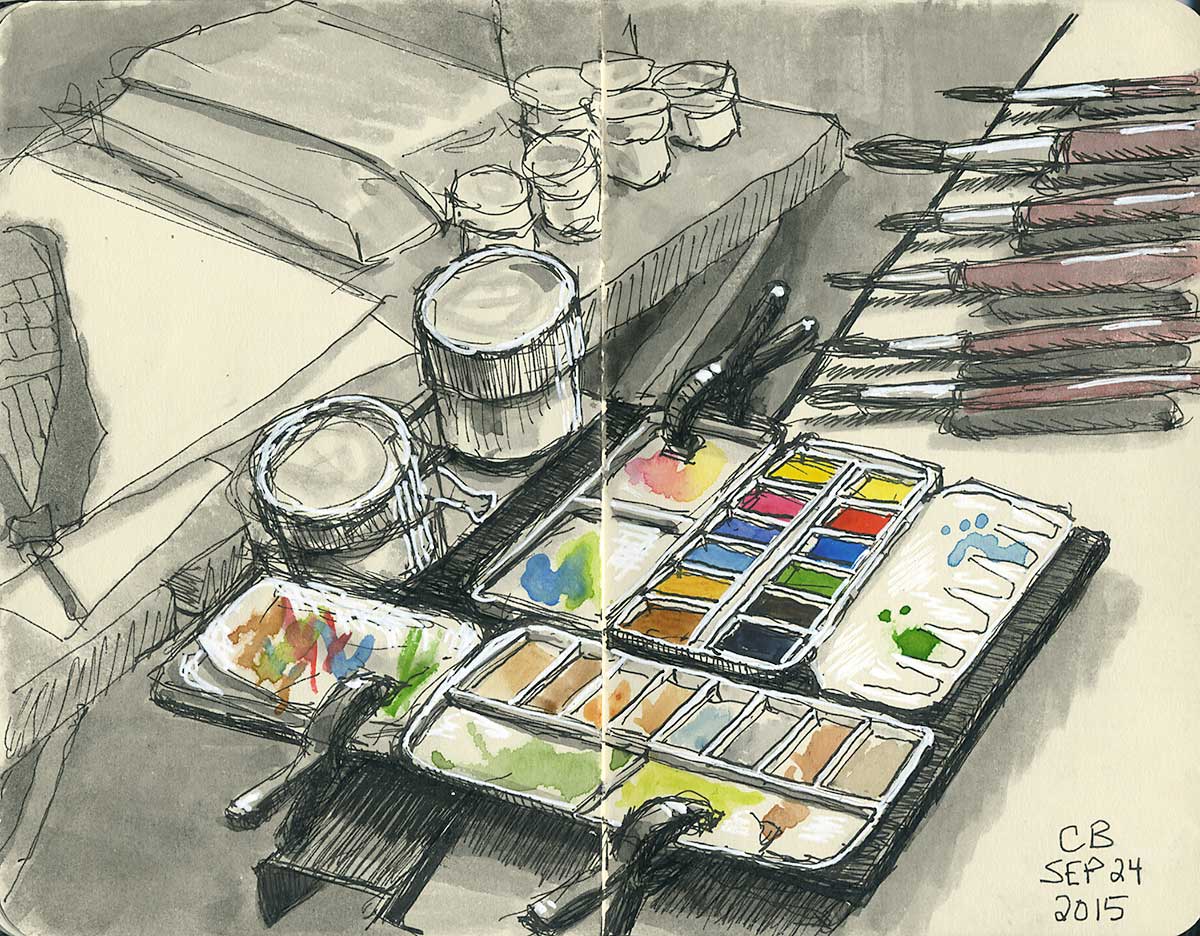 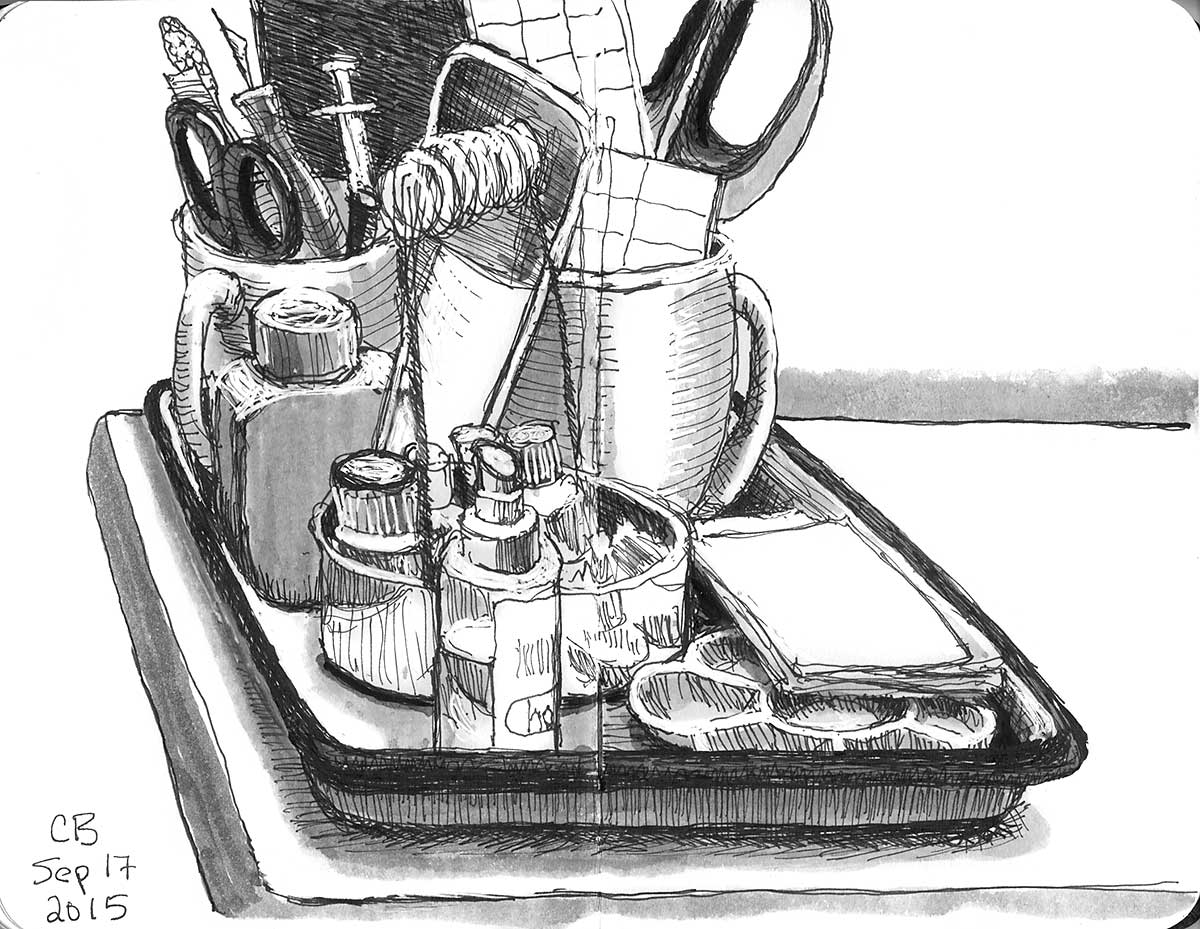 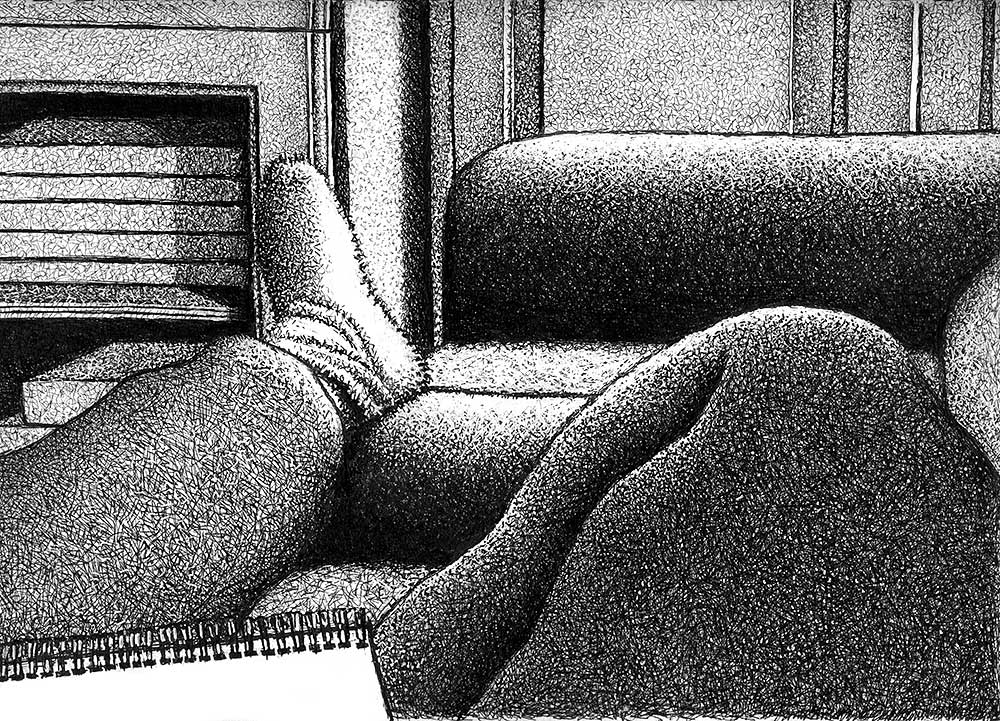 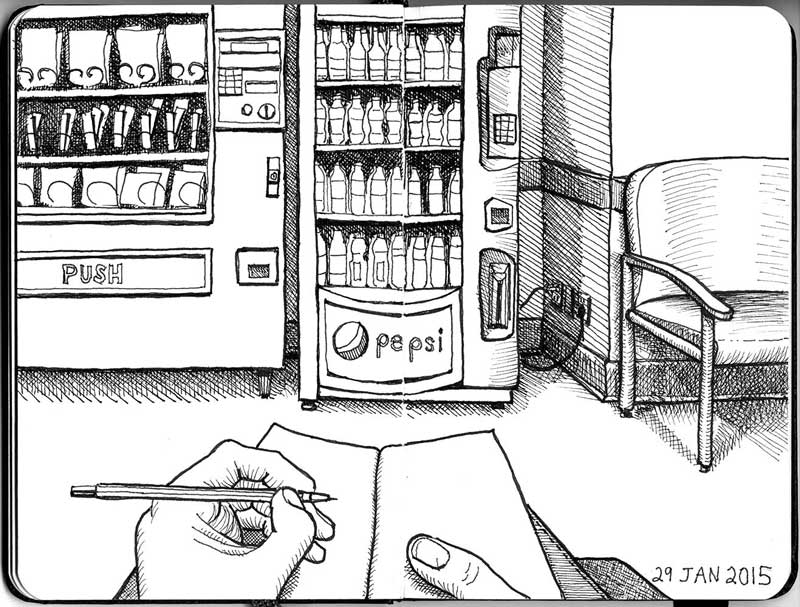 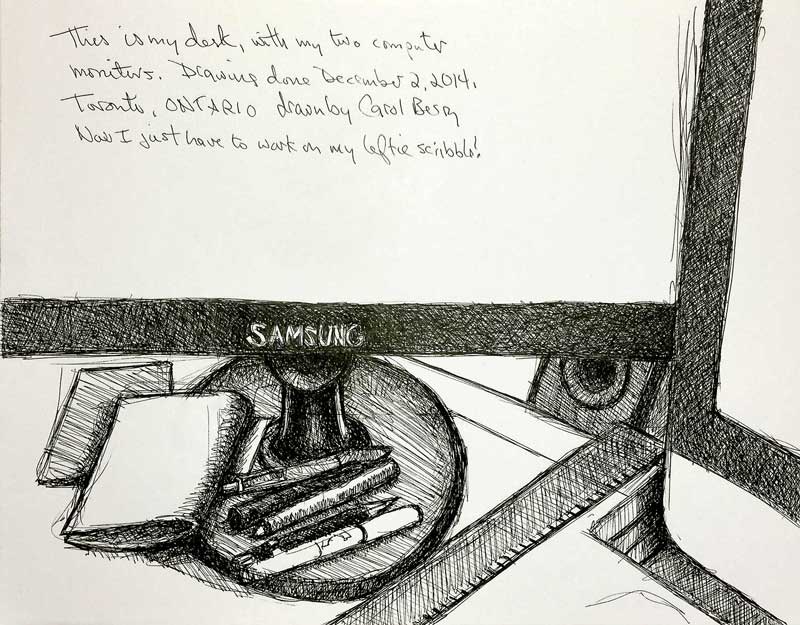 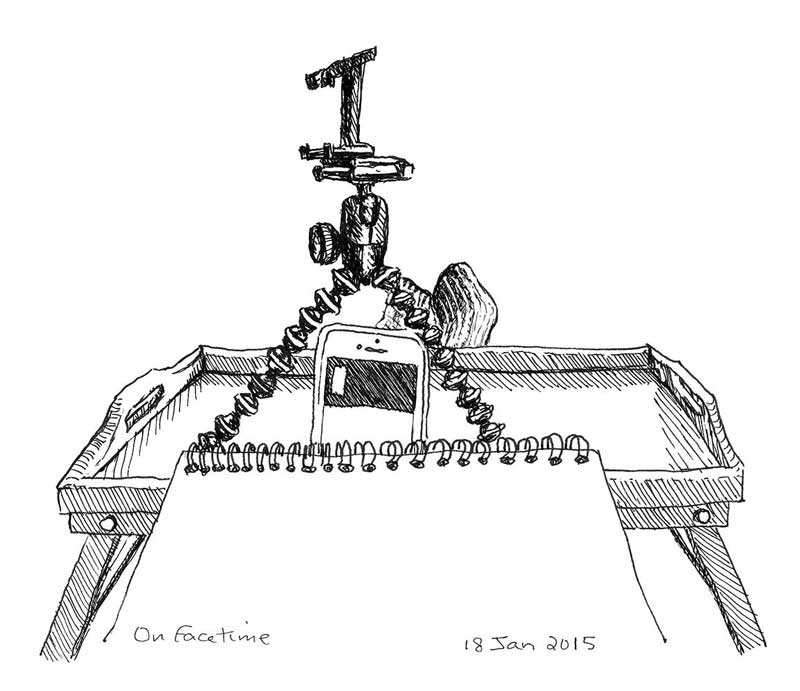 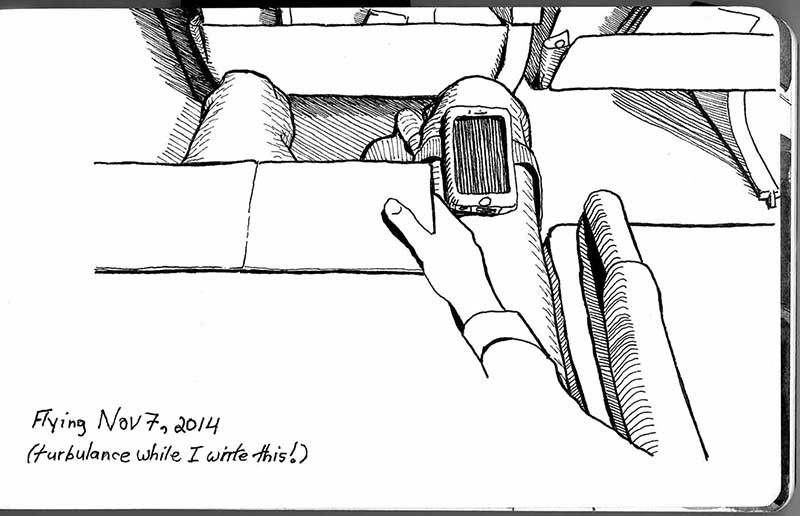 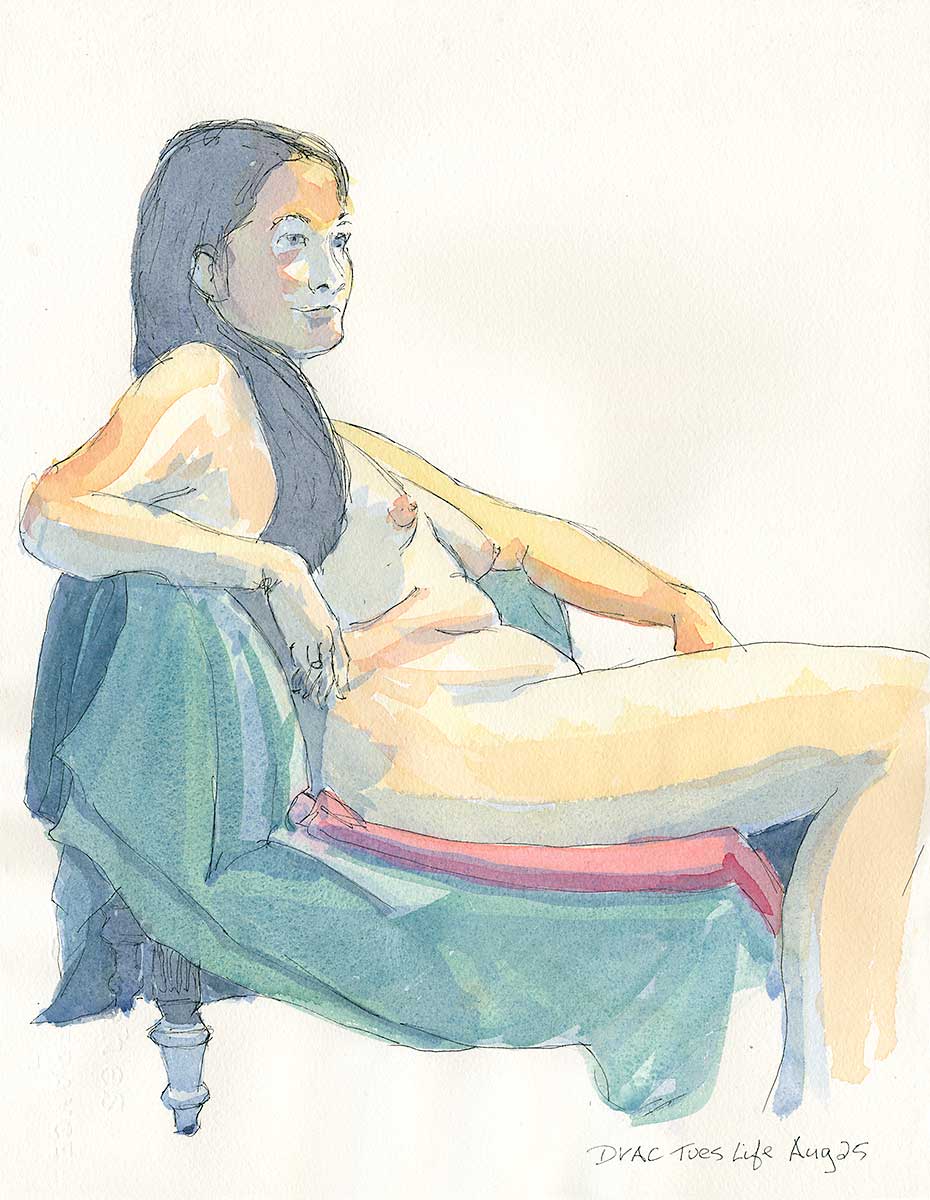 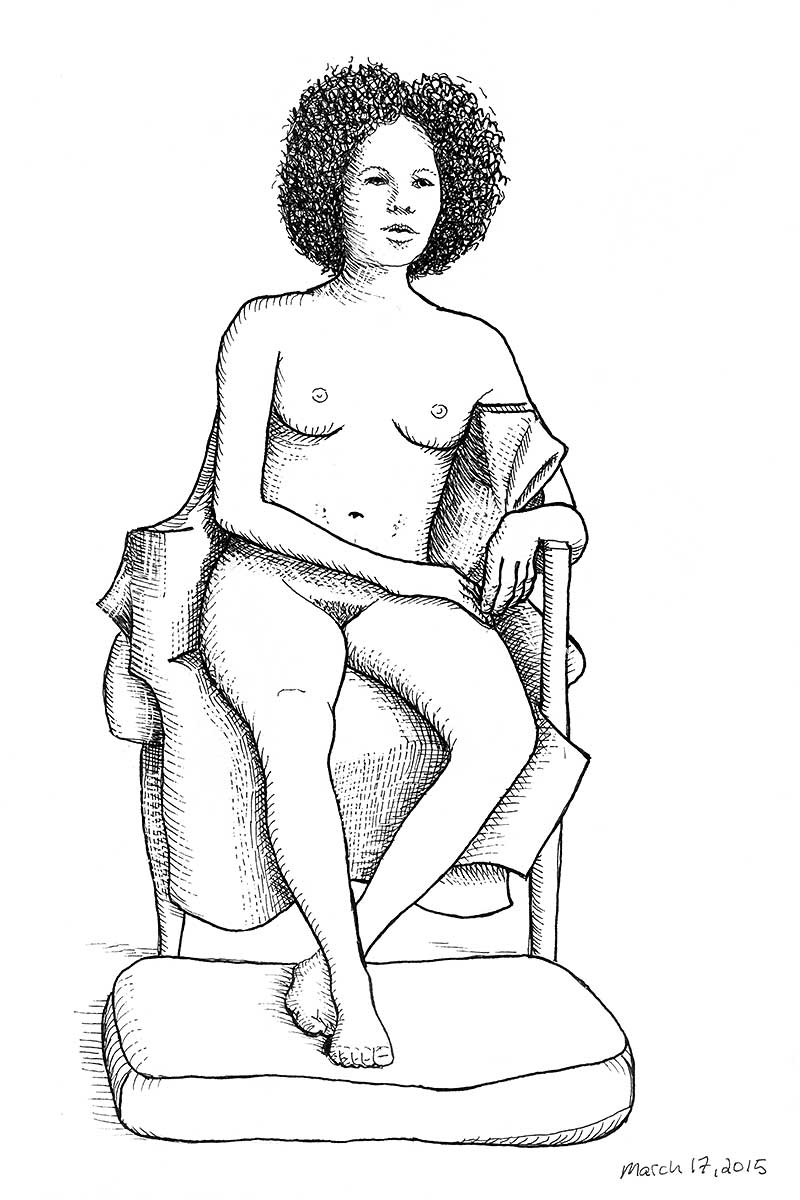 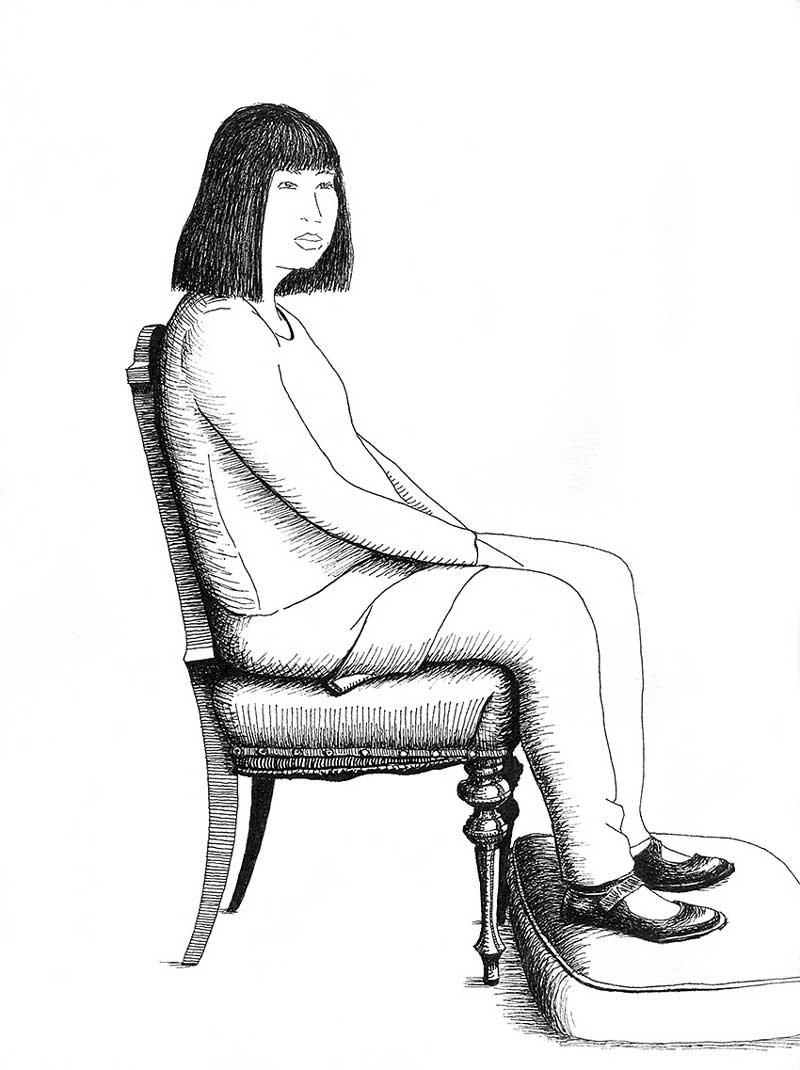